Rio Tinto’s chairman will stand down amid an outcry over the miner’s destruction of a 46,000-year-old sacred indigenous site in Western Australia.

Simon Thompson will leave Rio Tinto within the next year after accepting that he was “ultimately accountable” for the company’s decision to blow up ancient rock shelters at Juukan Gorge in the Pilbara.

Rio Tinto blew up the rock shelters, which were highly significant to the area’s Aboriginal traditional owners, the Puutu Kunti Kurrama and Pinikura peoples, to help it access better-quality iron ore deposits.

The decision led to an outcry from Indigenous Australian groups and investors, and a cull of senior executives at the Anglo-Australian company. The chief executive… 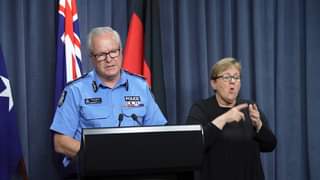